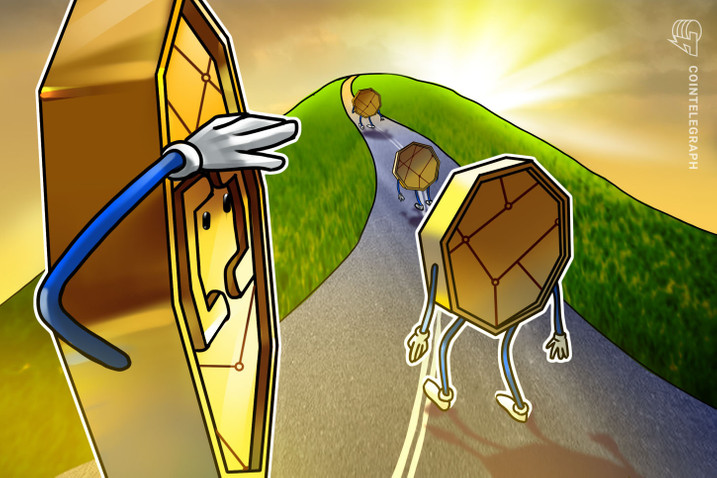 ApeCoin (APE) price has exploded higher on anticipations that it would become a de-facto payment token in an upcoming metaverse land sale.

Otherside will be an MMORPG game where players can employ their NFTs as native avatars or characters. A leaker investor pitch deck showed that Yuga Labs expects to earn $178 million by selling virtual lands, with APE acting as the de-facto token to process these purchases.

Some BAYC NFT owners claimed that Yuga Labs would sell the Otherside virtual lands via a Dutch auction. In doing so, the firm could set the minimum bid at 600 APE, about $10,700 at April 20’s price.

Given this potential use-case, demand for ApeCoin may grow higher, which could partially explain APE’s upside momentum in the last three days.

The latest bout of buying in the APE spot market saw the APE/USD pair break out of a classic bullish continuation pattern.

As Cointelegraph reported earlier, breaking above the so-called “bull pennant” with decisive volumes could have ApeCoin rally above $40 in the next few months.

Meanwhile, if the technical pattern turns out to be a “symmetrical triangle” instead, APE’s upside target will be near $22, according to the setup shown below.

ApeCoin now targets the 0.236 Fib line (~$16) of the Fibonacci retracement graph, drawn from $41-swing high to $8.50-swing low, as its interim resistance. A pullback from the said price ceiling would risk sending APE toward the triangle’s top near $12.50.

The views and opinions expressed here are solely those of the author and do not necessarily reflect the views of Cointelegraph.com. Every investment and trading move involves risk, you should conduct your own research when making a decision.