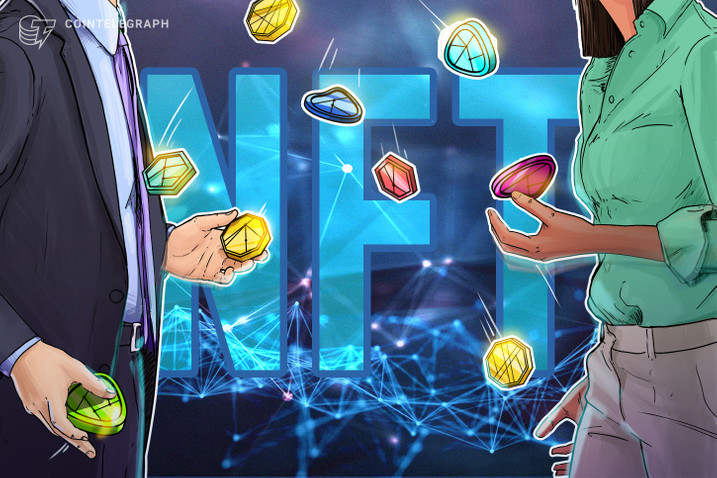 More than 8.4 million email addresses were on the waitlist for Coinbase NFT, with the project saying it would be available to everyone over 18 years old “in the coming weeks.”

Crypto exchange Coinbase’s nonfungible token (NFT) marketplace has moved into beta more than six months after the company announced it planned to open a waitlist for the site.

According to a Wednesday blog post, the crypto exchange said beta testers for Coinbase NFT would be able to create online profiles as well as buy and sell NFTs. In a Tuesday press briefing, Coinbase vice president of product and ecosystem Sanchan Saxena hinted the design of the marketplace would be a cross between a social media platform and other NFT marketplaces like OpeaSea.

“While it is true that buying and selling NFTs is a big part of the ecosystem today, what we have learned by talking to many customers and creators is that there is more to it than just buying and selling,” said Saxena. “There is the community aspect of it.”

According to Saxena, the platform will have opportunities for engagement between users as well as creators. Like many social media platforms, Coinbase NFT will allow users to follow profiles of creators and others, comment on artwork and monitor a personalized feed to discover new NFTs based on engagement and purchases.

In regard to moderating comments, Saxena said the platform would operate on the principle that users and lawmakers decide “the law of the land.” According to the Coinbase executive, the staff is “not in the business of judging what’s right, what’s wrong, as long as it’s legal.”

While the marketplace is in beta, Coinbase said there would be no transaction fees for a limited time, and the exchange aimed to reduce gas fees for Ether (ETH) transactions by partnering with 0x Labs. Users can choose their own self-custody wallets or the Coinbase Wallet.

According to Coinbase, the exchange planned to open access to the NFT marketplace based on users’ position on the waitlist, with the platform available to everyone over 18 years old “in the coming weeks.” In addition, Coinbase said it planned to “decentralize more features” like user comments in the future.https://platform.twitter.com/embed/Tweet.html?creatorScreenName=cointelegraph&dnt=false&embedId=twitter-widget-0&features=e30%3D&frame=false&hideCard=false&hideThread=false&id=1503471732941721601&lang=en&origin=https%3A%2F%2Fcointelegraph.com%2Fnews%2Fcoinbase-announces-beta-of-nft-marketplace-with-social-engagement&sessionId=583c11de1df483aafe1260ff1f499bd389619ab2&siteScreenName=cointelegraph&theme=light&widgetsVersion=c8fe9736dd6fb%3A1649830956492&width=550px

At the time of publication, more than 8.4 million email addresses were on the waitlist for Coinbase NFT. The crypto exchange reported more than 89 million verified users trading $547 billion in quarterly volume, should the exchange’s liquidity extend to its NFT venture.

Coinbase is one of a few crypto exchanges attempting to get in on NFT sales. Major crypto exchange Binance launched an NFT marketplace in June 2021 aimed at minimizing transaction cost, and FTX and its United States arm introduced a marketplace in September, allowing users to trade NFTs cross-chain on the Solana and Ethereum blockchains.

According to data from DappRadar, OpenSea ranked first among NFT marketplaces with roughly $130 million in 24-hour volume. However, the recent sales performance of an NFT of Jack Dorsey’s genesis tweet suggests the market may be slowing — a user purchased the tokenized image in 2021 for $2.9 million, while the highest bid at the time of publication is roughly $32,000.