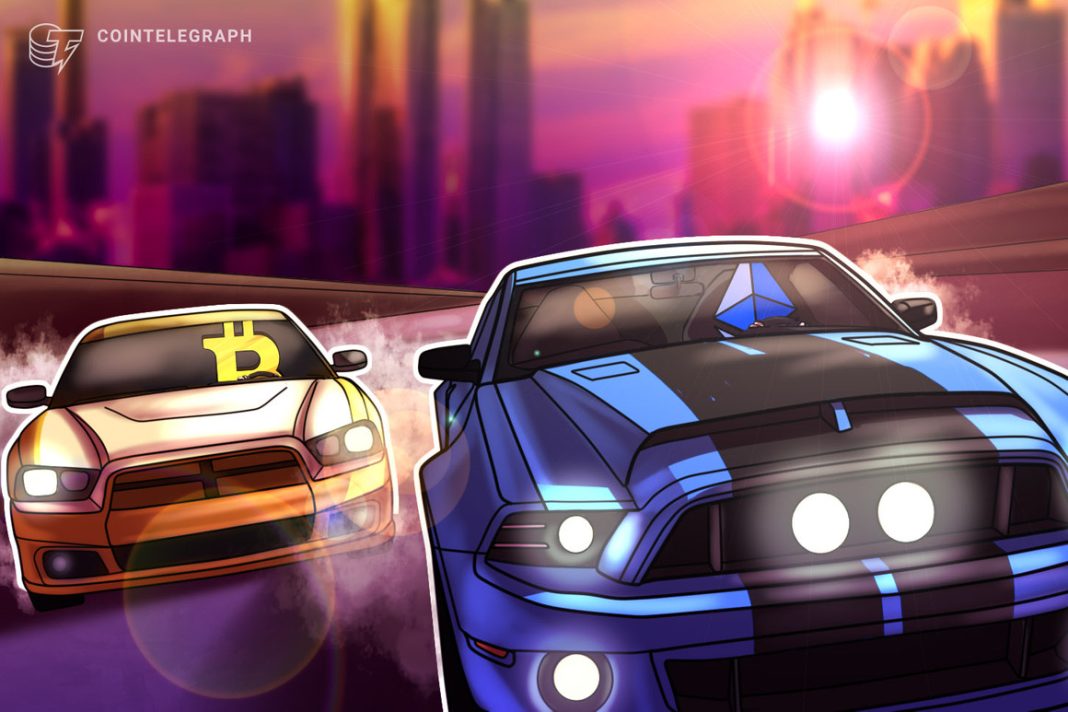 Ethereum’s native token Ether (ETH) has rebounded 40% against Bitcoin (BTC) after bottoming out in your area at .049 on June 13. Now, the ETH/BTC pair reaches two-month highs and may extend its rally within the coming days, based on a vintage technical pattern.

Particularly, ETH/BTC continues to be developing a “cup and take care of” on its lower-time-frame charts since This summer 18.

Just one cup and take care of setup typically seems once the cost falls after which rebounds with what seems to become a U-formed recovery, which appears like a “cup.” Meanwhile, the recovery results in a pullback move, in which the cost trends lower in the climbing down funnel known as the “handle.”

The pattern resolves following the cost rallies for an roughly equal size towards the prior decline. The ETH/BTC chart below illustrates an identical bullish technical setup.

Particularly, the happy couple now trades lower within the handle range but tend to pursue a recovery toward the neckline resistance near .071 BTC. Afterward, a decisive cup and take care of breakout over the neckline level may lead ETH/BTC to .072, up 12.75% from today’s cost.

The rate of success from the cup and take care of pattern in reaching its profit target is 61%, according to veteran investor Tom Bulkowski.

The bullish setup for ETH/BTC also takes cues from Ethereum’s network transition from proof-of-work (Bang) to proof-of-stake (PoS) potentially via “the Merge” slated for mid September.

Essentially a couple of levels on $ETH.

Van de Poppe anticipates ETH/BTC to check .072, the cup-and-handle profit target, as interim resistance while holding either .0645 or .057 level as support.

On the other hand, the plethora of risks for Ethereum using the Merge update include potential intricacies, delays or perhaps a contentious hard fork. For example, an insect had split the Ethereum chain throughout a 2020 network upgrade.