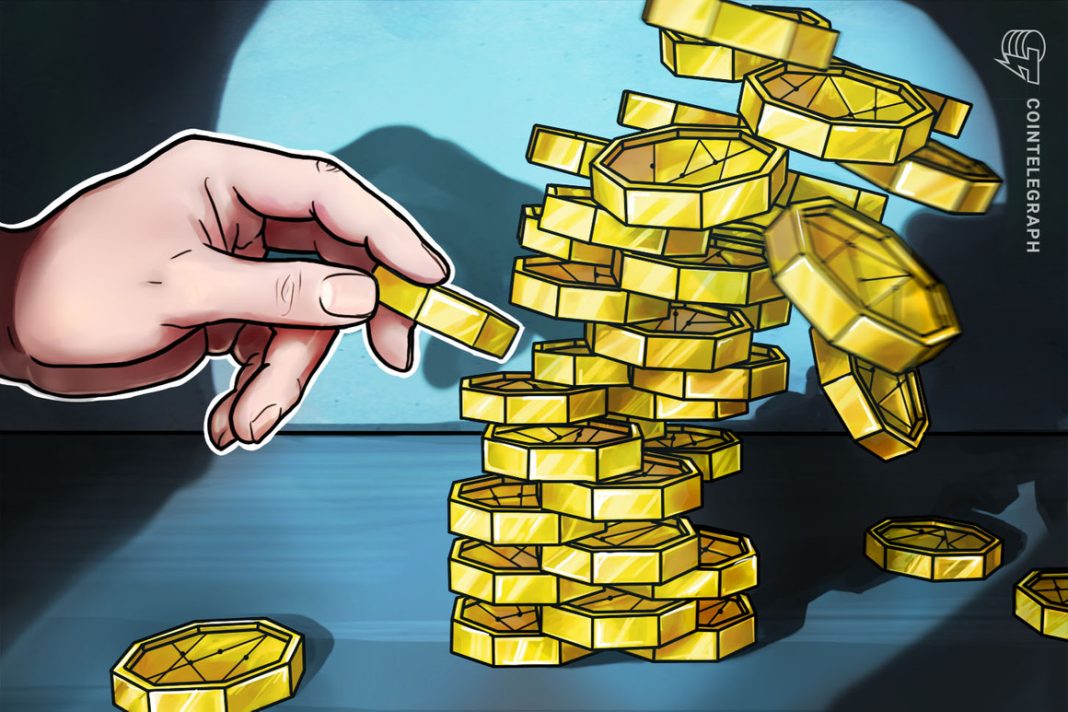 Optimism’s freshly launched governance token, OP, has stepped 40% since peaking at $2.10, leading people from the community to go over baring individuals who dumped their tokens from future airdrops.

Cointelegraph reported on Tuesday the Ethereum layer-2 scaling solution was overwhelmed with demand for that first OP governance token airdrop, as 5% from the token supply was given to around 250,000 qualified users.

According to CoinGecko data, the token opened up at roughly $1.43 before surging to $2.10, but because more users got their on the job the disposable airdrop within the day, OP dropped to as little as $1.09 before climbing to $1.18 during the time of writing, marking a 43% drop.

Yesterday was a complete whirlwind. It had not been without hiccups, but to much excitement, OP was created. ‿

We’ll come with an extensive retro on Drop Day in a few days. Meanwhile, you want to share some stats appearing out of the launch.

Following a sharp drop of OP’s cost, part of Optimism’s governance community who passes OxJohn put forward an offer within the Optimism governance forum to exclude addresses that dumped 100% of the airdropped tokens. The publish received a lot of attention in the community, getting 11,200 views, 305 replies and 595 likes.

OxJohn highlighted several addresses that received a minimum of 32,000 OP tokens and quickly dumped them available on the market, quarrelling their actions are “counter-productive” towards the community and diluted the governance process.

The OP hodler continued to point out these accounts ought to be barred in the next round of OP airdrops with “a public listing of accounts that participate in this behavior” excluded. Within their view, doing this would begin to see the distribution of governance weight to simply individuals who intend to positively participate.

“Why should Optimism Collective continue rewarding these types of mercenary actors who’ll dump their tokens on first sight? Why must any future airdrops reward these addresses?”

The proposal was posted purely for ideas and feedback and isn’t near to the stage to be voted on. The response in the governance community continues to be mixed to date. Quite a few users were in complete support, others rejected the concept totally, and a few were with a far more nuanced position.

User Mohammedt75 stated, “Very valid points. Incentivize individuals who worry about the long run and let other people who don’t worry about the ecosystem pack and obtain out.”

Mgomes mentioned that “one from the goals from the airdrop would be to incentivize individuals to make use of the chain. Even when they intend to dump it’s fine, simply because they used Optimism and when they loved the chain they’ll carry on using it.“

Member JustinMarx also highlighted a fascinating counterpoint, proclaiming that dumpers shouldn’t be penalized as “you don’t know the private conditions of somebody who dumped their tokens.”

The proposal to punish $OP airdrop dumpers by excluding them from future airdrops is a few Paraswap shit lol. Yes go punish the only real somebody that has used your chain. Make certain they’re going right to your competitor Arbitrum rather than return.

Probably the most high-profile Crypto Twitter users to weigh in was Cobie, the co-host from the UpOnly crypto podcast that has nearly 700,000 supporters. He taken care of immediately the proposal in the typical satirical/mocking manner.

Cobie posted a extended counter-proposal within the forum entitled “Extended ineligibility for future airdrops” which was temporarily removed because of being flagged as “inappropriate” but has since been reinstated.

Inside it, he stated that “my insufficient support with this proposal isn’t since i disagree using the sentiment. On the other hand, for the reason that this proposal doesn’t go far enough.”

“I suggest that we, Optimism Collective, cancel the long run airdrops of anybody which has offered any token within the last 6 several weeks. They’ve got a pattern of undesirable behavior, we are able to consider them ‘potential future sellers’.”

To counter potential future sellers, Cobie recommended issuing all of them with a personal debt token as well as thinking about using “physical violence” against them.

The publish that *legitimately suggests banning sellers* is permitted around the Optimism forum.

However a parody of this publish is offensive, abusive along with a breach of community guidelines and will also be deleted.

However, after being motivated to supply a more severe reaction to the proposal, Cobie highlighted the key reason why he thinks that it is an awful idea.

He earned points for example OP’s early cost being irrelevant, sellers getting different motives, the chance to market but still build relationships governance, the token being included in customer acquisition costs from Optimism, and the simplicity of creating a new address to prevent limitations.

“The only people who care are cost-speculators, traders and short-term investors. Governance certainly performs exactly the same if the cost is $1.50 or $2. Sure, extensive cost changes might make governance attacks on Optimism cheaper, but there’s not really a single reference to that within the initial proposal.”

“And it’s not a real concern given how big the airdrop or even the short-term nature from the sell-pressure from ‘instant dumpers’,” he added.

I had been baited into posting a significant publish since OP Labs staff were upset with my tone.https://t.co/wikRr8IB8Y pic.twitter.com/Z0fxtOJ8kx