The Merge is Ethereum’s opportunity to dominate Bitcoin, investigator states 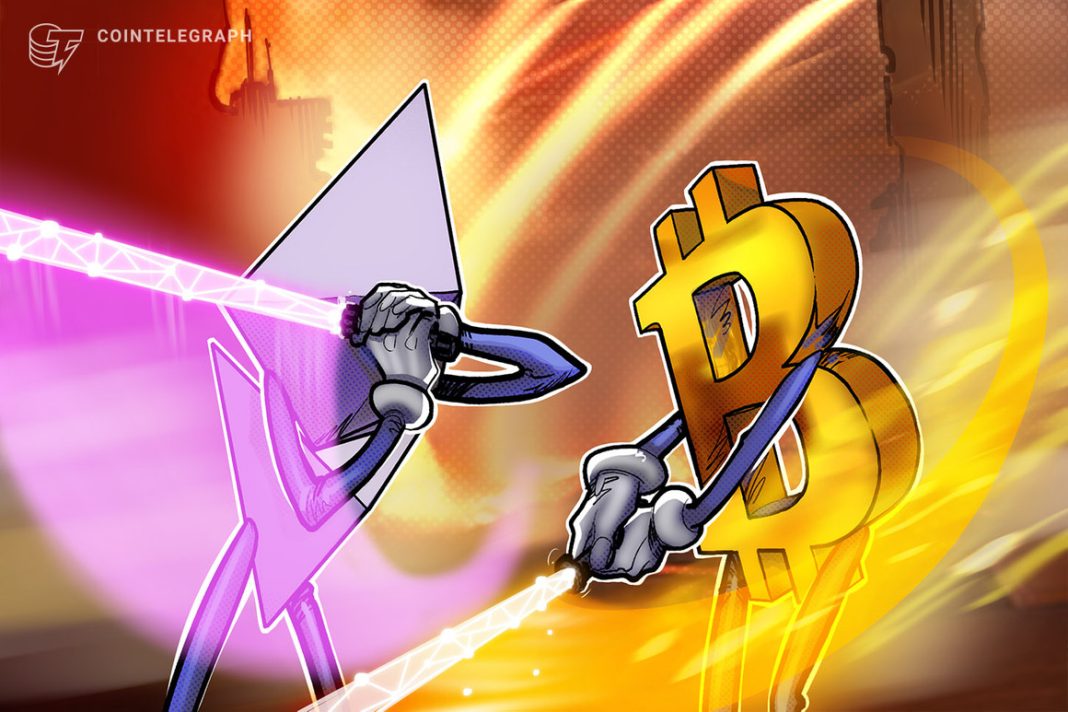 Ethereum investigator, Vivek Raman, thinks that Ethereum’s approaching transition to some proof-of-stake (PoS) system will enable it to consider over Bitcoin’s (BTC) position because the most prominent cryptocurrency.

“Ethereum comes with, just from your economic perspective and due to the result from the supply shock, an opportunity to switch Bitcoin,” stated Raman within an exclusive interview with Cointelegraph.

The Merge, a lengthy-anticipated upgrade which will complete Ethereum’s transition from the proof-of-work (Bang) to some proof-of-stake system, is placed to occur in September. Additionally, The Merge will transform Ethereum’s financial policy, making the network more eco sustainable and reducing ETH’s total supply by 90%.

“After The Merge, Ethereum may have lower inflation than Bitcoin. Particularly with fee burns, Ethereum is going to be deflationary while Bitcoin will be inflationary. Although, with each and every halving, the inflation rate goes lower,” stated Raman.

While Bitcoin will retain its work as digital gold, based on Raman, Ethereum will have “a bigger adoption space” because the first layer from the decentralized finance (DeFi) economy.

The Merge won’t reduce Ethereum’s high transaction charges, which remains the primary issue stopping Ethereum from scaling. That isn’t a problem, based on Raman, as Ethereum will depend on layer-2 scaling methods to support most users’ activity:

“Users should try to learn that all their activities ought to be on layer 2 after which layer 2s ultimately uses Ethereum like a first layer 1 for settlement and security and decentralization.”